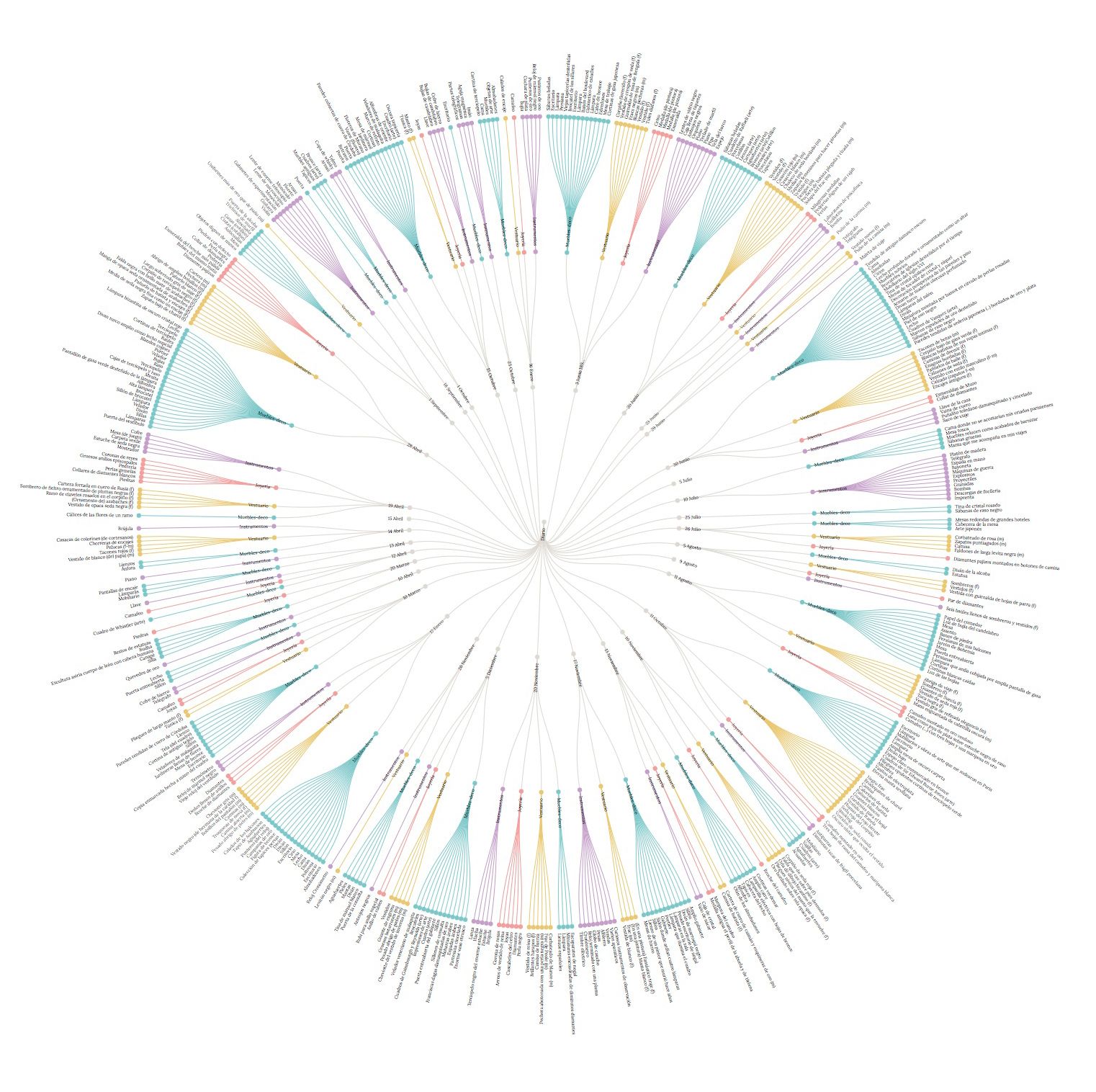 The “sobremesa digital” is a project based on collecting data from the posthumous work of José Asunción Silva, “De sobremesa”, in which information about decorative art, furniture, jewelry, costumes, and multiple instruments is translated from text to image through a digital process. In this talk, Clementina Grillo tells us about the procedure performed to obtain a digital visualization of the data obtained from Silva’s novel and the importance of exploring the narrative space in work.

The data allow us to show, from another perspective, those elements that are not valued as independent factors in a literary work. Clementina found a space that enables her to dialogue between the tangible and intangible words to create a visualization of the information. Although the work objects have been the subject of study in various areas of the humanities, they have not been represented through design. That is what Clementina wants to carry out as a way to verify a textual image, but not through a representation of the objects arising from Silva’s novel, but rather as an interpretation of these elements to demonstrate the represented space, where the visual, cultural, and cybercultural analysis of the data is essential for its creation.

Throughout the talk, we discussed the visualized space and the process used to create a radial tree that allows us to highlight the text studied with an analytical and representative image of that object. If you are interested in knowing how Clementina created this visualization and what categories she used to define it, you can relive our talk in the following video, even though, it is recorded in Spanish, it may be helpful to you.