We review the 3 data portals of the Madrid City Council and show examples of visualization and reuse of the data available in them. 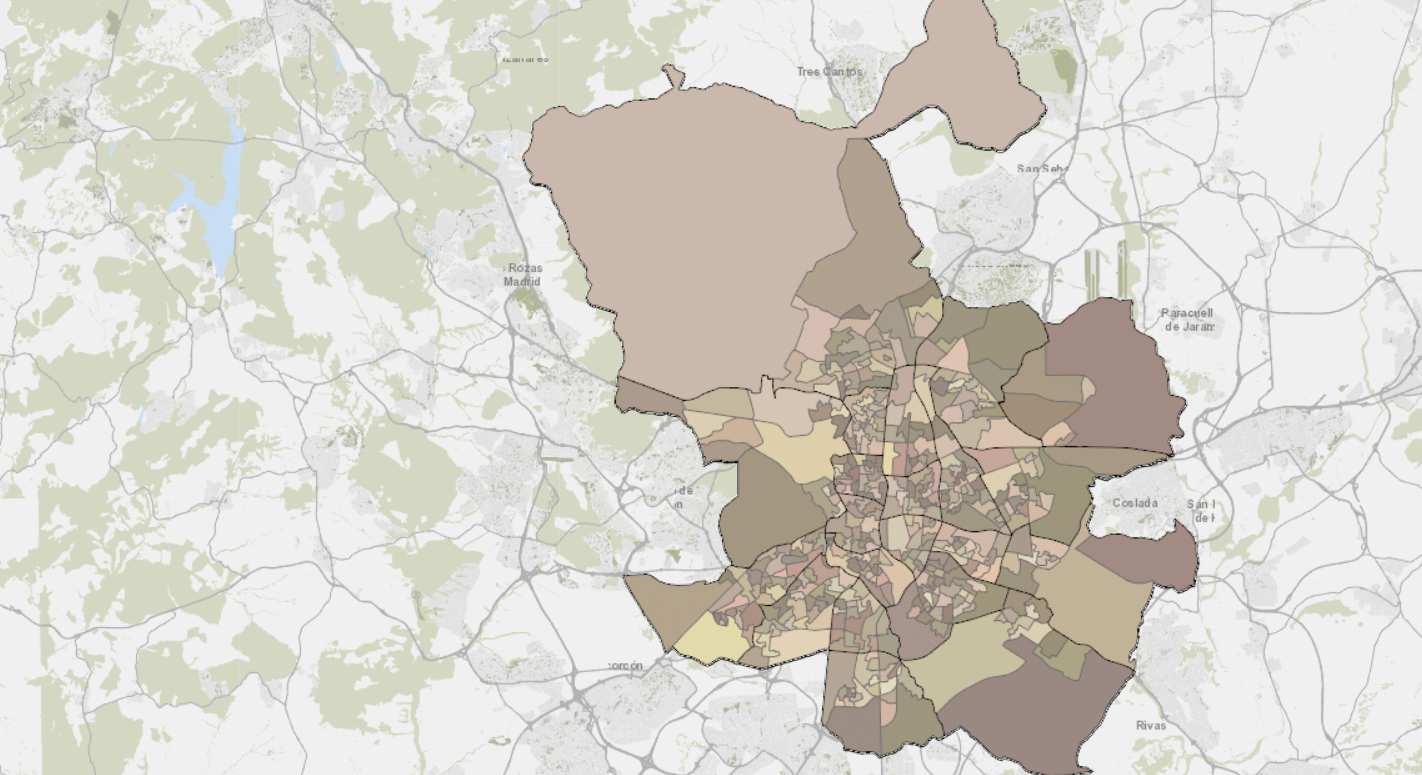 We have already talked about the importance of transparency as a fundamental element of Open Government. We have also mentioned the need for public entities to open their information in reusable formats. In this post, we will review the data portals of the Madrid City Council and show examples of visualization and reuse of the data available in them.

In 2015 Madrid became the first European city to sign the International Open Data Charter, a charter with which governments commit to six principles: that data is Open by Default; Timely and Comprehensive; Accessible and Usable; Comparable and Interoperable; For Improved Governance and Citizen Participation; For Inclusive Development and Innovation.

The City Council of Madrid describes open data as raw data or databases that can be used, reused, and redistributed freely by anyone and which administrations make available to the public for new applications, studies, analyses, research, etc. The council recognizes the importance of open data linked to Open Government. It seeks to promote transparency, efficiency, citizen participation, and economic development by publishing public data and information in an open, regular, and reusable way for everyone, without restrictions on access, copyright, patents, or other control mechanisms. For the opening of its information, the entity is protected by state and regional regulations on reuse, similar European directives, and its own rules, especially the Transparency Ordinance of the City Council.

What are the three most significant open data portals of the Madrid City Council?

This portal currently has 491 datasets, 21 of which are updated in real-time. Its data are categorized by sector and presented in up to 18 formats, including API, CSV, or XML. Suppose a citizen does not find the information they need. In that case, they can request it on the same portal. The requests are evaluated, and public response is given on the decision and arguments regarding the requested set’s total, partial, or unfeasible opening.

The platform has a section that presents 35 examples of reuse of open information in applications offered by third parties, such as the app “Madrid Metro | Bus | Cercanías.” In addition, it provides real-time data for more than 17,000 users on public transport means such as Metro, Bus EMT, etc. In addition, there are sets of data that have a remarkable value, as they directly affect people’s lives and their decision-making. One of them, included in this portal and updated in real-time, is the corresponding to the air quality of Madrid. It set is relevant because when pollution levels reach certain critical limits, a Pollution Protocol is activated. It restricts the circulation of vehicles without an environmental badge inside one of the city’s main roads, the M-30. Therefore, this information directly affects the decision-making process of the people of Madrid in something as important as choosing the means of transport they will use to commute. That information is made public only through open data but also in the media, such as news bulletins or radio reports. Even private parking companies take this information into account to offer -or not- their services.

Geoportal of the Madrid City Council

It is the tool created by the City Council to facilitate access to the geographic information of the producer and those data that have a spatial component. It was launched in 2019 and centralized the institution’s digital cartographic products and collections. The open data of this platform, available in up to 17 formats, and the cartography that feeds it follow the same data use policy established in the Open Data Portal, which allows the reuse of information for commercial and non-commercial purposes. In other words, both portals will enable the copying, publication, modification, adaptation, extraction, rearrangement, and combination of the information.

The Geoportal has a data viewer, which allows the visualization of data sets directly on the platform from a base map and superimposed layers. It is also remarkable the work done by the same institution to promote their cartographies. They have created a Youtube channel in which the portal’s operation is explained simply and shows the visualizations of the most relevant data, adding photographic information to the highlighted cartographies. So if you like soccer and want to know how Madrid stadiums have changed in recent years, you can find, for example, a visualization of the stadiums of the Madrid Football Clubs from the viewpoint of the municipal map library.

These data allow us to know and make research and demographic and socioeconomic analysis of the city. An example of this is the study of the District of La Latina in Madrid’s social needs in 2019, using data from this portal and which allowed making a detailed and comparative social diagnosis of this district with other similar neighborhoods. 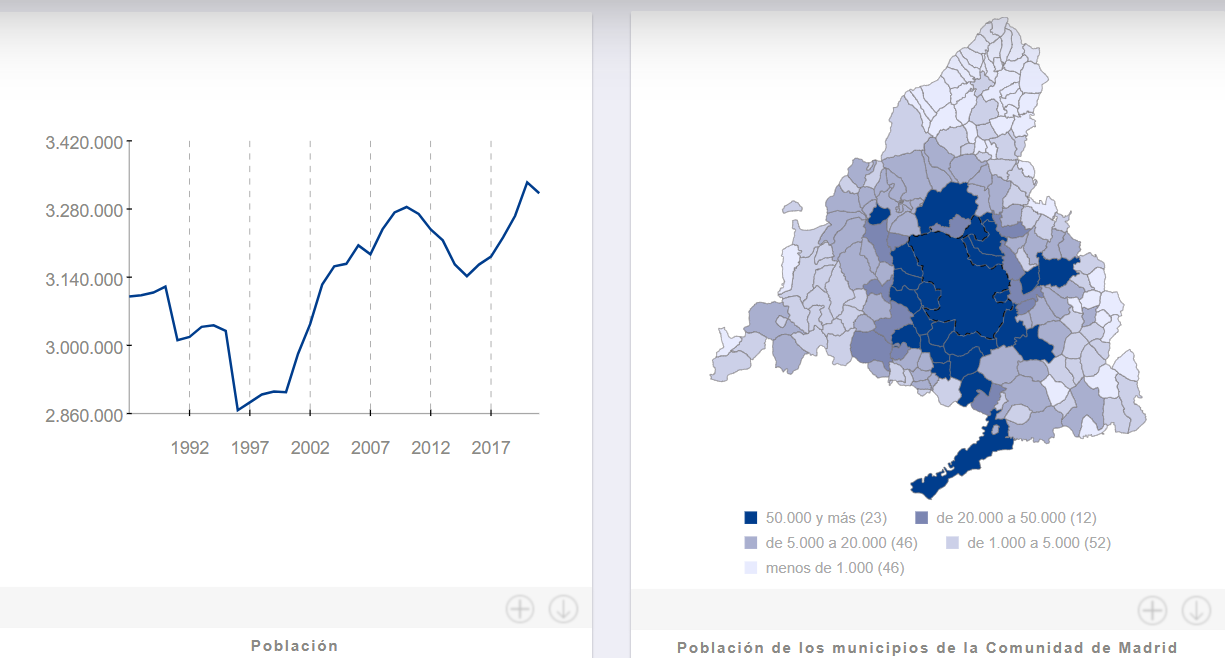