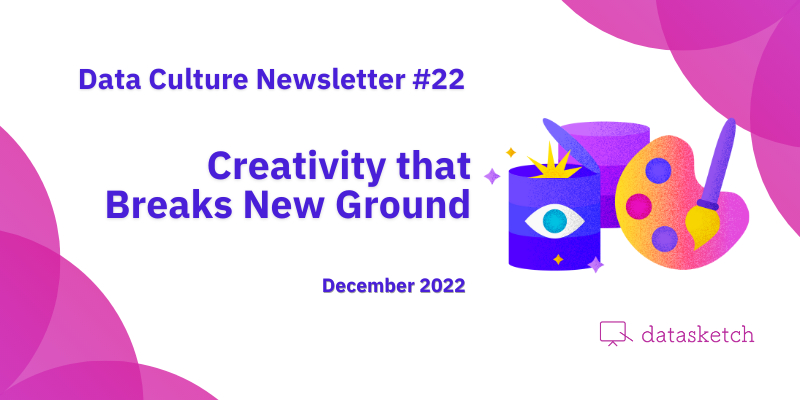 Giacomo Miceli created an infinite conversation between the German filmmaker Werner Herzog and the Slovenian philosopher Slavoj Žižek. How did he do it? He trained an artificial intelligence using texts and interviews of the interlocutors. Imagine the possibilities!

This project wants to raise awareness of the misuse of machine learning, such as misinformation and impersonation but also highlights the need to learn how to use and relate to these new technologies.

About Giacomo, we tell you that he is a creative coder, entrepreneur, computer scientist, and an old friend of Datasketch. In our House, we presented some of his algorithmic artworks in the exhibition “Alternating multilinear forms v1½” last year, such as WikiBinge.

👂🏾 Listen to the conversation

On November 30, the “Information is Beautiful Awards” winners were announced. The awards included different categories for subjects, studies, people and books. Gender and language went through this newsletter and received the gold medal in the “People, languages and identity” category. For this and more projects, Reuters won the winning study award.

Meet some of the nominees who won our hearts:

🏰 All the castles of Spain (es) | El Confidencial | “Arts, entertainment and culture” category.

🧍🏾 Sweet and thin, greasy and grim: the physical traits that define men and women in literature | The Pudding. “People, languages and identity” category.

We wish you happy holidays!