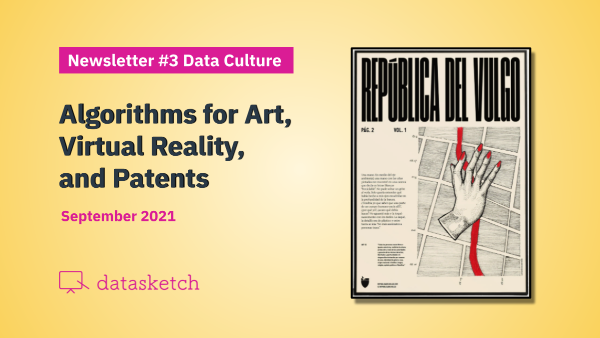 Have you reached us through social networks? Have you been forwarded this newsletter? If you want to receive it in your inbox twice a month, please, subscribe! 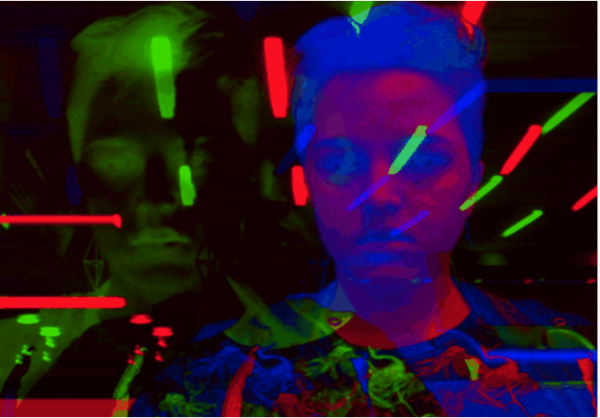 The programmer and artist Olivia Jack is known for her interactive live video and open source installations. Born in San Francisco, USA, she lived in Bogotá, Colombia, and is currently based in Berlin, Germany.

Her work has focused on audiovisual creation with free software and thinking of the browser as a modular and networked video synthesizer. For this, she uses live coding. That means manipulating and creating algorithms in programming language for audiovisual design, allowing a customized universe of expression.

This practice, called Hacktivity, seeks to generate a relationship between sound and image through programming. In 2019, Olivia Jack developed a free software platform to design networked performance: Hydra, a software for live coding visuals.

Hydra allows, from a set of tools, the live coding of images hosted on the network.

These tools are inspired by analog modular synthesizers, which link information (especially audio signals) through cables and switches.

Hydra also explores the use of web streaming and the connection of information sources and video outputs. It uses multiple framebuffers, memory spaces that store collections of pixels that can be filtered in real-time.

The user can transform the images using coordinates and interacting with the codes displayed by the platform. Furthermore, it allows mixing and composing, from these framebuffers, visual streams from connected browsers, such as those shared in this Twitter bot.

On September 11 at 2:00 pm (UTC/GMT -5 h), the Instituto Distrital de las Artes and the Cinemateca de Bogotá will live stream a talk with the artist around programming language, open-source software, writing and sharing code as a community practice (es).

Do you need to solve problems and design solutions?

The Bridge is a Spanish digital talent startup founded in 2019. It specializes in cybersecurity, data science, web development, digital marketing, and product design. On September 16, it will offer a webinar explaining what Design Thinking is all about.

You can register for free. The webinar will be in Spanish. However, if you are an English speaker, we invite you to browse through all the Eventbrite free events on this particular topic and choose the one that fits you.

Voltaje is an art and technology show that has been held annually in Bogota, Colombia, since 2014. It has become a reference to show how the interactions between art, science, and technology change.

More than 100 artists from Europe, Asia, and the Americas have participated throughout its seven editions. In addition, it has presented contemporary artistic reflections in which technology is used poetically.

Until September 20, the national call for experimental projects of audio and live video (live acts) of small format, with 30 to 40 minutes of duration, is open.

You can submit your proposal at this link. 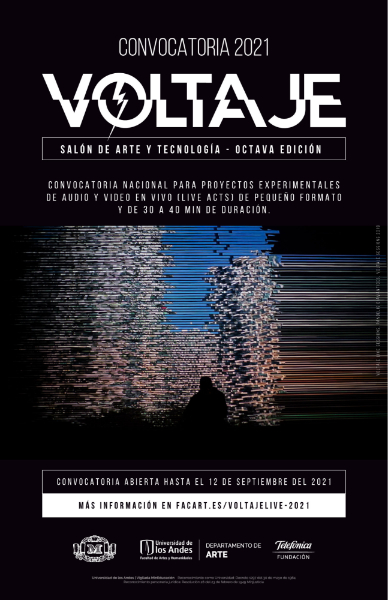 In 1998, a corporation called Valve commercialized Half-Life, a first-person adventure game. Its success was resounding. The second part came out in 2007, with another smashing success that generated the expectation of a trilogy.

So far, Valve has not released Half-Life 3, but there has been so much expectation that “Half-Life 3 confirmed” became a meme, and Half-Life: Alyx has been released.

It is one of the first games produced entirely in virtual reality. Its release may change the use and adoption of this technology and, perhaps, the very culture of video games and simulated reality. Learn more on this link. 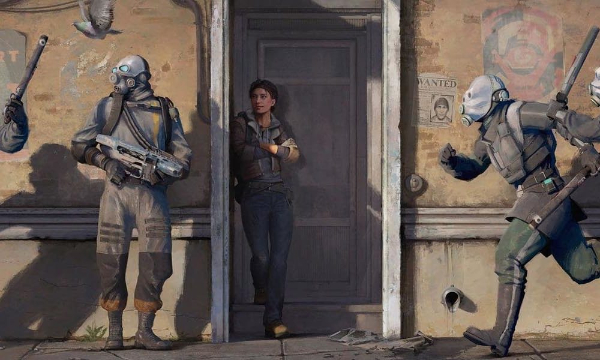 This week begins the legal suit against Elizabeth Holmes and Theranos for fraud and illegal capital raising. The company reached $700 million from investors and a $9 billion valuation before its promised product, a machine that claimed it could perform 100 lab tests on a single drop of blood, was proved unfeasible.

Theranos' growth on fraudulent promises was made possible by the U.S. patent system, allowing patenting product ideas rather than products. From which Theranos obtained more than 700 patents, five of which were conferred after its downfall. Here you can watch the trailer of the documentary that HBO made about this case.

The patent system began with the idea of making technical methods public in exchange for a concession for the use of the technology. Currently, the explanation of the technique is not required, and although abstract ideas cannot be patented, it does allow the patenting of specific machines to fulfill that theoretical purpose. However, patenting this type of instrument, based on ideas that do not materialize, generates monopolization, jeopardizes technological development, and discourages problem-solving. Furthermore, it goes against the culture of openness of information, encourages the privatization of knowledge, and generates doubts about scientific research. 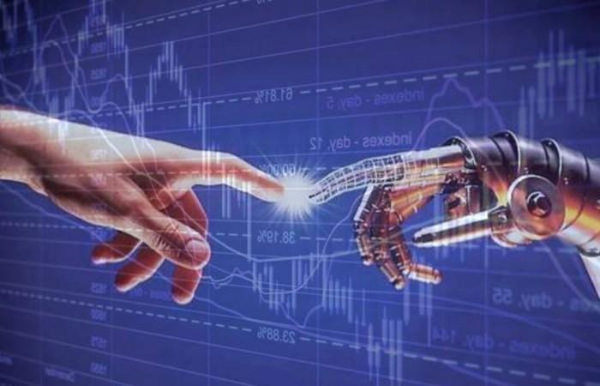 Artists can carefully design the nature of their work through algorithms. Then, using codes, they instruct their computers to materialize their proposals, their vision of the world.

The examples increase with the transformation of technology, unleashing a new form of communication: Generative Art. Thus, two of the great efforts that fall on machines are united: reaching the maximum degrees of precision and overcoming the limits of random creation.

In his latest book, J. R. Parker, Professor of Art and Digital Media at the University of Calgary, Canada, presents the principles of Generative Art. In addition, on his website, Genart, he compiles videos, photos, and texts that show the application of computers in the encoding and decoding of our reality.

Learn more about his research: https://genart.ca/

The inevitable union of technology and artistic creation includes processes of research, data collection, and visualization.

That is the case of Dimitris Ladopoulos, who programmed an algorithm to convert portraits into a treemap. A type of visualization that hierarchically arranges data. It has a tree structure and organizes information in nested rectangles (one inside the other).

Ladopulos produced a mosaic in which each rectangle represents a color in the RGB color model, aesthetically transforming art pieces, such as the famous Portrait of Rosalba Peale, made in 1820.

See the process in detail in this link or learn about treemaps in our blog. 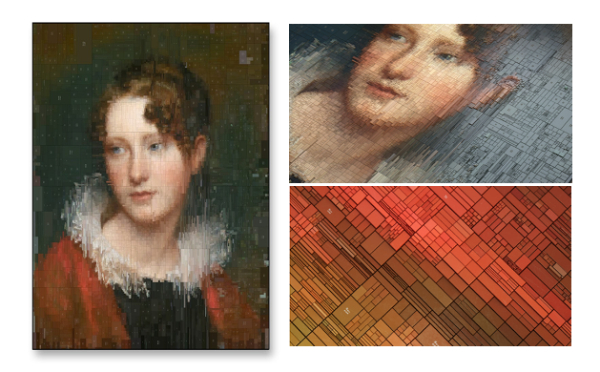 Culture is the Antivirus

CKWEB is the radio station for the experimentation of cultural contents of the Instituto Distrital de las Artes, Bogotá, Colombia.

In this series of conversations (es) with artists and thinkers, Omar Rincón proposes the audience think about the culture of images and how we are living these tumultuous times. Using an audio-collage technique, the Colombian journalist, academic, and essayist debates about identity, selfies, art, and technology.

Stories of a Radical Democracy

They work with raw materials of low environmental impact and build their posters by hand. That is a hallmark of this network that supports emerging artists and arises as a proposal to recognize the territory with its nuances, landscapes, people, and realities.

“Relatos de una Democracia Radical” is the collection of the first volume of a limited edition by Alvaro Medina, architect, graphic designer, and cartoonist. Each product is connected to a fictional story and printed in one ink silkscreen on recycled paper. It has a format of 50x70cm.

With the purchase of these works, you also support Temblores, a Colombian organization that believes in social movement, human rights, and social justice. You can purchase them at Datasketch Store. 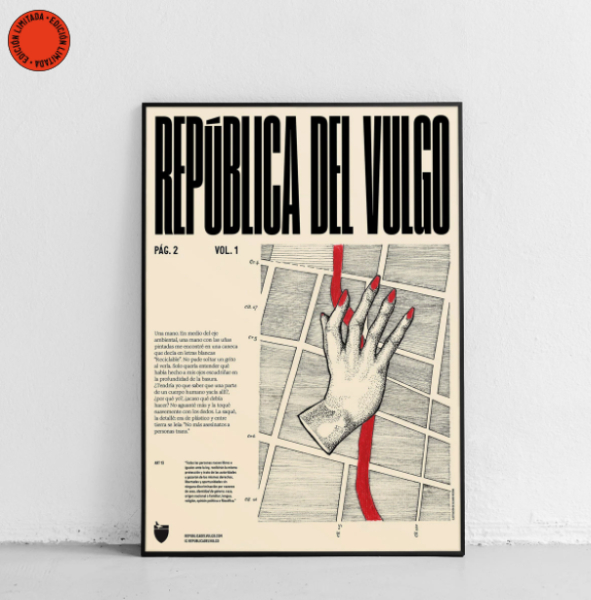 That's all for now!

Stay tuned to our newsletter. Together we strengthen the data culture!

If someone sent you this email and you want to keep updated with the best of data culture, we invite you to subscribe.

Remember that in Datasketch we have other newsletters, with which you will also learn about Data Journalism and Open Government.