Everything Is Getting More Expensive - Data Journalism #23 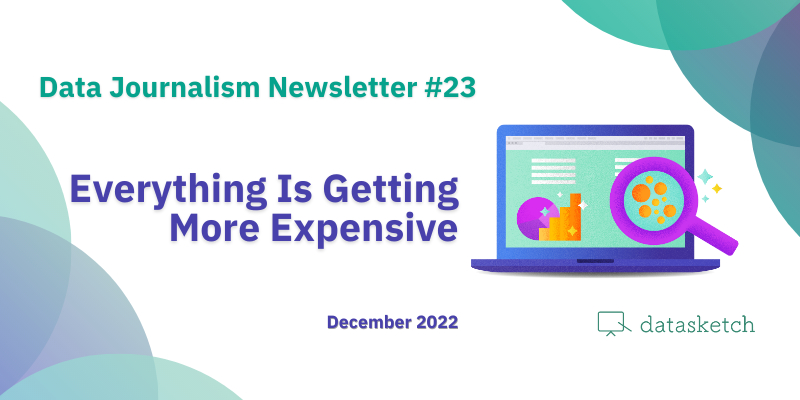 We’re pretty sure that one of the things that has worried you this year, no matter where you read us from, is how expensive everything is. Not surprisingly, the latest EIU report highlights this problem. We also tell you the importance of knowing who controls the water in your country and introduce you to a Kenyan tool to fight corruption.

Prices have risen, but by how much?

According to the latest survey by The Economist Intelligence Unit, EIU, in 2022, prices in the world’s major cities have risen by an average of 8.1% in local currency. Rising energy costs, the Russian war, the crisis in supply chains, and many other factors have caused the cost of living to rise at its fastest pace in 20 years.

The report compares the prices of 200 products and services in 172 cities. Far from what might be imagined, being among the most expensive cities is not so bad, as it demonstrates strong economies, albeit with inflation. Being at the bottom of the list usually reflects economic instability and a large devaluation of the local currency.

The Guardian found that foreign private investors control at least 72% of England’s water resources. Using data on the shareholders of water companies, the journalists determined who are the main owners of the country’s water market. Among them are a U.S. investment fund, two Canadian pension funds, and companies based in seven Asian countries.

Lack of transparency and many intermediaries raise questions about how a service as basic as water is managed and how the interests of society and the environment are considered. It is difficult for people to hold companies accountable if they do not know who their owners are.

In mid-2022, Africa Uncensored and Odipodev released a tracker that allows you to track corruption scandals in Kenya from 1978 to today: Wizileaks.

The tool has data from 204 scandals displayed in clean and simple visualizations, demonstrating the magnitude of the problem at a glance.

Its creators have gone further. They have just launched a browser extension that, once installed, highlights in green the names of people who have been investigated for questionable business dealings. So, while browsing the internet, you can hover over a person’s name and access a drop-down list of press articles, reports and court proceedings related to the embezzlement of public funds.

Thanks for reading us!