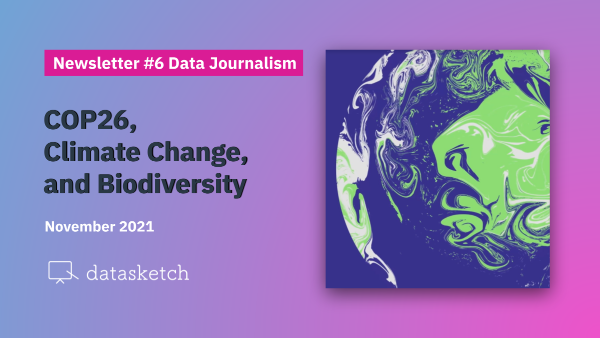 This time, following the Glasgow Climate Conference - COP26, we focus on two questions: How to narrate the climate crisis and how to make our audiences understand the seriousness of the problem?

Have you reached us through social networks, or have you been forwarded this newsletter and want to receive it in your email twice a month? Subscribe! If you want to read the previous newsletters, click here.

We are finalists in the Gabo Awards! Together with the team of Agenda Propia, a media specialist in indigenous peoples and minority groups in Colombia and Latin America, we produced the intercultural journalistic series “Ome, Pütchi, Poraû,” nominated in the Innovation category.

The series shows the knowledge, indigenous diversity, and cultural richness of the peoples whose living and natural territories expand through jungles, deserts, seas, and rivers, crossing the borders that separate one country from another.

We are proud of the international recognition of this work for diversity, historical memory, and the environment.

On November 12, the 2021 United Nations Climate Change Conference, crucial to avoid a collapse due to the increase in global temperature, ended. Among the many needs identified, journalism and communication are linked to making the environment the main topic on media and political agendas, as was agreed at COP26. However, the measures implemented worldwide are insufficient to curb fossil fuel emissions. 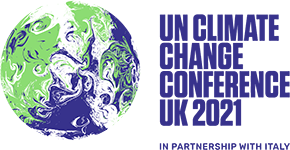 There are great examples to explain the crises through data and excellent coverage of national and international events, which we will review in this issue.

To begin with, we recommend you start with this report by Nadja Popovich and Brad Plumer for The New York Times, which allows us to understand, with a great data visualization, the progress made to date in the fight against climate change, for which we are still torn between hope and alarm.

The contributions of the COPs are not in vain. The actors, dialogues, and documents that make up these conferences reveal the origin and possible solutions to the climate crisis. Even so, one of the problems that remain, as Akshat Rathi, Eric Roston, and Jeremy Scott Diamond explain in Bloomberg, is that the scientific consensus has not matched the political agreement to curb the drastic temperature rise. With this multimedia special, they demonstrate how the evidence must be backed up, measure the failures of the last three decades and why sectors of the economy must come together to achieve net-zero emissions.

Reviewing the wealth of published information raises a crucial question: how will climate action be financed? In 2009, rich nations pledged to collectively mobilize $100 billion a year between 2020 and 2025 to help developing countries reduce their emissions and adapt to climate impacts. Financial Times journalists Leslie Hook and Joanna Kao show in this report how these resources have been distributed, which countries are delivering on their pledges, the primary recipients of the money, and other key figures.

Climate Change is a Matter of Social Justice and Human Rights!

We interviewed Xiomara Acevedo, founder and executive director of the Barranquilla+20 Foundation, a leader and activist whose work focuses on implementing collective climate actions through the empowerment of children and youth.

Xiomara tells us, from her experience and participation in COP26, which is the path young journalists can take to address climate change and how environmental justice can be strengthened, two fundamental elements for protecting nature in this decade. She answers questions such as: What contributions can the community and the government make to support climate action? How can environmental journalism be strengthened? Read the full interview here. 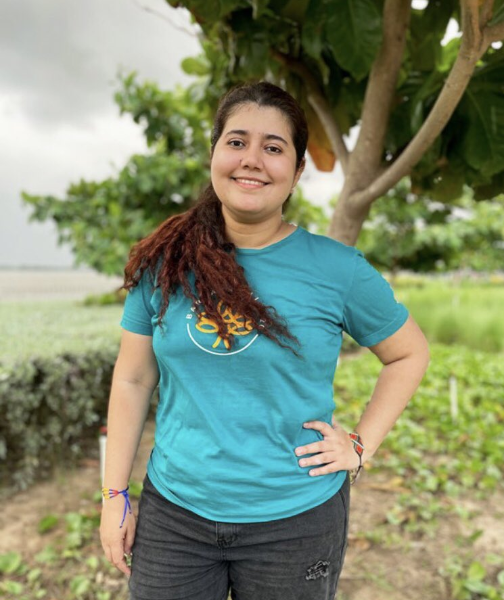 In recent weeks, the data community has demonstrated the revelatory power of visualizations applied to environmental stories. The work of climatologist Ed Hawkins, for example, became an international reference. First, for communicating in a simple way how our planet is warming drastically; second, because, due to this negative evolution, his visualizations will soon have to incorporate new red tones, previously not contemplated, representing the increase in global temperature.

In this newsletter, you will find the warming bands created by Hawkings that apply to the regions to which the news items belong.

In this section, we present excellent ways to narrate with data.

The dangers of being an environmental leader

The climate crisis is aggravated by the lack of government action, the uncontrolled expansion of industries, and the rise of illegal economies based on exploiting nature. In the cities and the media, we see more and more groups demanding the urgent need to have a sustainable way of life, and the coverage of protests is becoming more and more extensive. However, within activism and especially in threatened territories, some environmental defenders are isolated and facing considerable powers alone, and whose murders continue to increase.

This visualization from Statista, with data from the NGO Global Witness, shows a straightforward way of highlighting this information and describing the problem precisely and concisely. 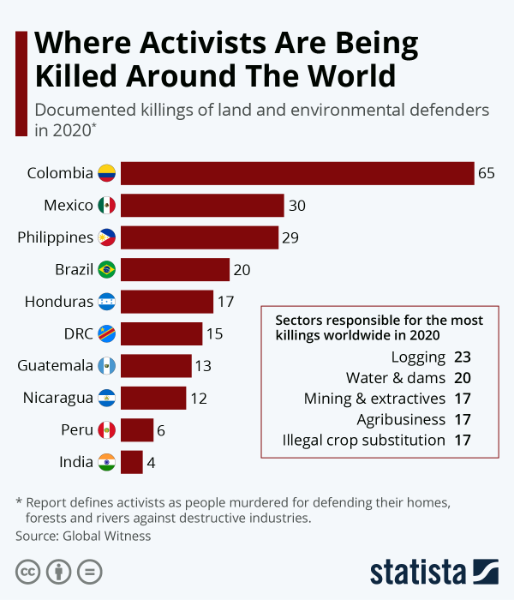 Source: Infographic: Where Activists Are Being Killed Around The World

When we talk about data journalism, we must consider that behind the data, there are often people and stories. Humanizing data will help us reach more people in an empathetic way.

One of the projects that give a face and narrative to the figures is Tierra de Resistentes, led by Consejo de Redacción (CdR). This collaborative, cross-border journalism project investigates the phenomena of violence to which environmental leaders in Latin America are exposed daily. Its databases, reports, and findings are references for civic organizations, researchers, special rapporteurs, universities, and think tanks throughout the region. 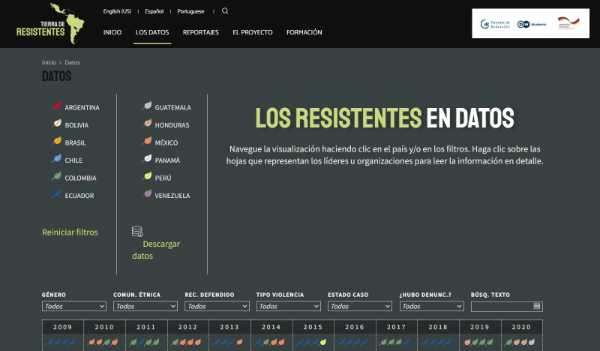 Environmental promises are recurrent. The willingness expressed by country representatives at COP26 is intended to be hopeful. However, for them to become a reality, decades of political will and awareness are needed. A step beyond changing our habits and consumption is to demand compliance with climate agreements from the States.

This data visualization from Quartz Africa presents how countries have progressed with their 2015 Paris Agreement commitments. The differences are impressive, and, above all, it allows us to identify success stories (even if they are few). Some rich countries have managed to have emissions below what was agreed. However, their work is not yet finished, which means that the next step to follow is to clean the air of carbon and help finance countries with fewer resources to achieve their climate goals. 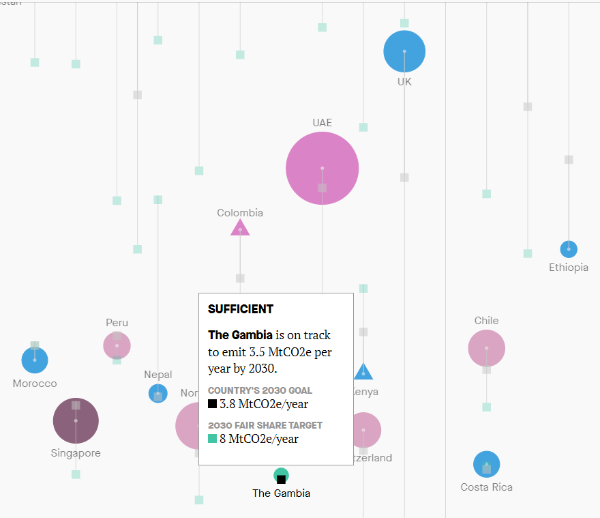 Melting ice due to climate change

To highlight the changes in the environment, we must unite and cross-reference data, scientific explanations, and images. An interactive post on social networks can be the vehicle to inform a broad audience and gain attention to the issue, as demonstrated by this BBC World News publication on the thawing of permafrost in North America.

Environmental stories are not restricted to what was explained at COP26. We leave you with these recommendations to look at approaches, themes, and, especially, the use of data on nature.

If you do report on climate change or are interested in researching climate change, we recommend exploring these sources of information:

EU Dataviz is an international conference on open data and data visualization that addresses the needs of the public sector across the European Union. The EU Publications Office organizes it as part of the Open Data Days. The conference, funded by the European Union’s ISA2 program, will take place November 23-24.

The EFE Agency and the UNED Foundation offer a master’s degree in Transmedia Journalism, which seeks to provide its students with the specialization “to work, with full guarantees, in digital media.” It will be developed online from January 17 to October 31, 2022, and includes weeks of internships at EFE.

The public is changing and expects modern storytelling in digital formats. We must learn to tell their stories in designs that work on computer monitors and phones and develop the skills to interrogate online information and data sources with honesty and integrity.

That’s why Code for Africa, in collaboration with Google News Lab and the World Bank, has created the StoryLab Academy. Its online and open courses are designed especially for African journalists and aim to develop world-class storytellers and researchers at the forefront of their craft. 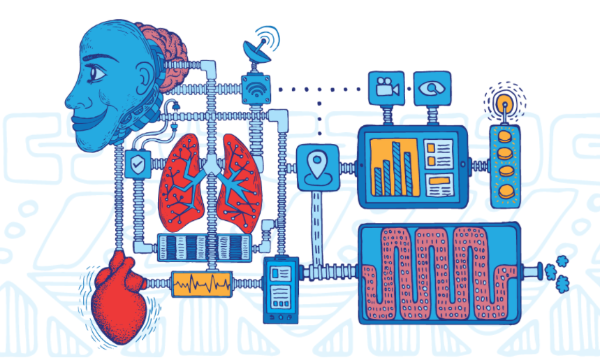 We need to know about climate change, which involves familiarizing ourselves with critical concepts such as anthropogenic impact and a research methodology. In this way, we can explain the issues and bring our audiences closer to topics previously available only to specialists. We will also be able to determine reliable data for the quality of the information.

That is why we recommend the MOOC Climate Change, Risks and Challenges (#ClimateCourse) from the German Climate Consortium (DKK) and the World Wildlife Fund (WWF). This MOOC is self-paced with a duration of approximately six weeks and requires no previous knowledge. 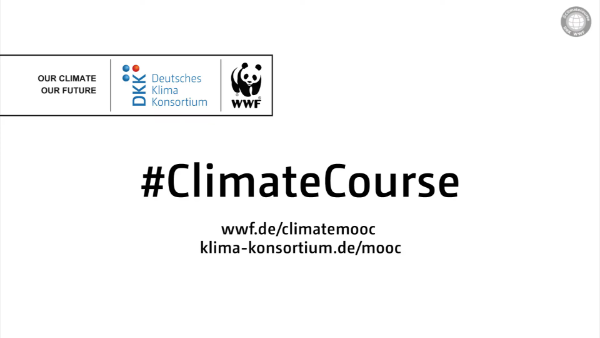 That's all for now!

If someone sent you this email and you want to receive it twice a month in your inbox, subscribe!