This edition discusses the importance of beneficial ownership data and the work organizations are doing to increase the transparency of this data. We look at the questionable use of data that risks people’s privacy. Finally, you’ll find the data viz, opportunities, and news selections we’ve put together for you over the past few weeks. Enjoy!

Beneficial ownership transparency is a useful tool to curb corruption and detect illicit financial flows and tax evasion. It helps to understand companies' real ownership and control, even when they are in the hands of other entities. There are always people behind the large chains of ownership who benefit from the financial success of these companies.

Multiple judicial and journalistic investigations, such as the Panama Papers or the more recent Pandora Papers, have shown that the use of shell companies to hide profits, finance acts of dubious legality, and launder money is a common practice.

Proof of this is that OGP has prioritized this issue as a relevant policy area to ensure Open Government or that governments such as the UK are currently using its Beneficial Ownership Data Standard to support its Economic Crime Bill. 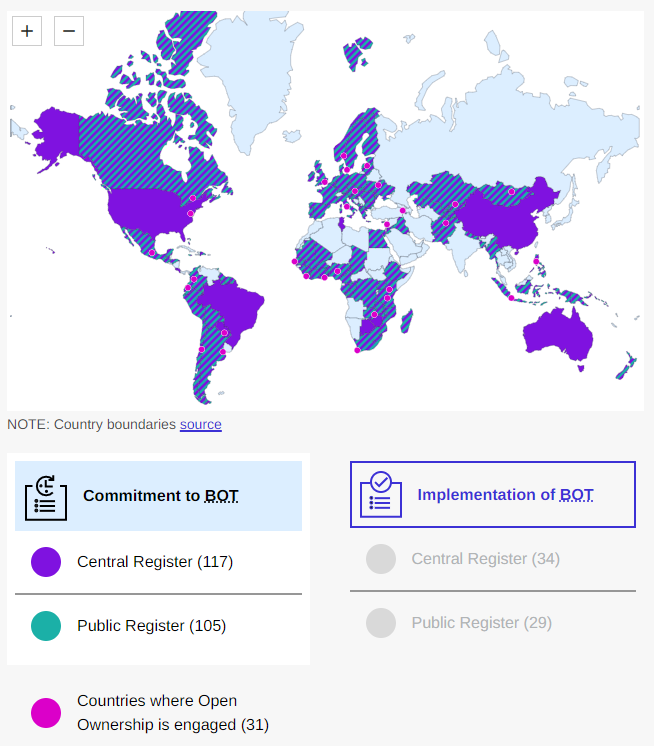 At Datasketch, we promote and trust in data to change and improve people’s quality of life. Transparency and information is a fundamental resource to ensure rights, such as freedom of speech and press. However, when information, mainly of a personal nature, is not used ethically, it can violate other rights such as privacy and even put people’s lives at risk. Let’s look at two examples:

📍 This research by MotherBoard from Vice points out how Apple’s AirTag tool, created to locate lost objects, is being used to harass and stalk women. Their investigation analyzed 150 police cases in the United States, of which 50 were related to complaints from women who realized that their whereabouts were being tracked by an AirTag they did not own. Of these, half were able to identify a man in their lives (partners, husbands, or bosses).

Other media have already highlighted the risks of this technology, but it has not been linked to gender-based violence until now. Meanwhile, the multinational company points out that they have implemented functionality that warns people if they are being tracked. Nevertheless, they omit the detail that if you do not have an Apple product, you will not be able to make use of this option. This is not the only case of questionable use of technology.

📹 In the United Kingdom, alarm bells have been ringing with a guide published by the College of Policing. The guide suggests that victims of crime and potential witnesses could be included in police watch lists using facial recognition systems, which could re-victimize people.

The publication came after the Court of Appeal ruled in 2020 that the use of facial recognition cameras by South Wales Police breached the right to privacy and equality law. This decision reopens the privacy debate in its use by police forces and other spaces, such as schools, where this technology is used on minors.

ProPublica released a special of the 400 highest income earners in the United States and the taxes they pay, based on leaked Internal Revenue Service (IRS) data. The special concludes that the taxes of these individuals are not progressive. Top earners pay less than the average wealthy person.

This project shows the gap between what anyone earns and these people but exposes data that is not commonly available to the public. A fortiori, it problematizes inequitable tax rates. Open data on companies can facilitate accountability and, from it, make policies fairer.

The Development Bank of Latin America (CAF) will launch the Diploma in Governance and Public Innovation on May 28 through a webinar. It will address the skills of leaders for the formulation and implementation of better public policies. The diploma seeks to update knowledge on governance and public innovation and present its current state in the region.

Check the agenda and register here

I want to read more!

Here is a selection of news that may be of interest to you.

That's all for now