Data on beneficial ownership enables the identification of illegal flows of money. Journalism is useful for uncovering this type of irregularity. 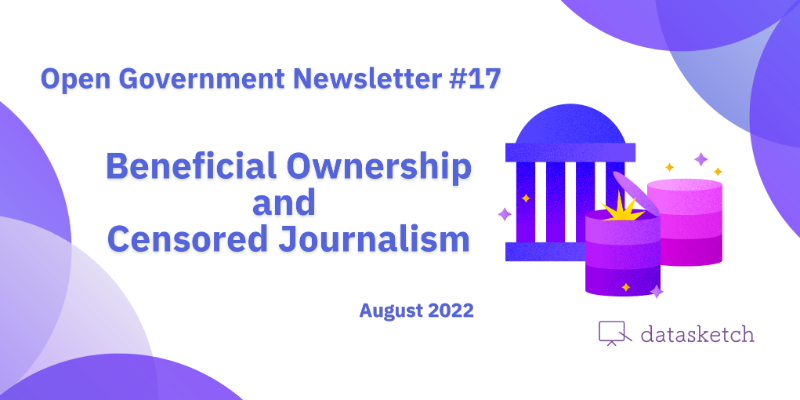 We dedicate this issue to the Open Ownership Registry (beta) database, an example of reporting on the issue and the threats to press freedom that undermine democratic regimes and their institutions.

In a previous issue of the newsletter, we discussed beneficial owners and the importance of identifying the ultimate owners of companies to curb corruption and detect illicit financial flows and tax evasion.

Open Ownership is an organization that promotes the availability of beneficial ownership data in a structured and interoperable format. The Open Ownership Registry, in its beta version, is an up-to-date database comprising seven million companies in more than 200 jurisdictions. This means that it links data between different countries on companies that may have common ties.

This network chart exemplifies the concept of beneficial ownership. Behind one company, there may be others, but the owners appear at the end. 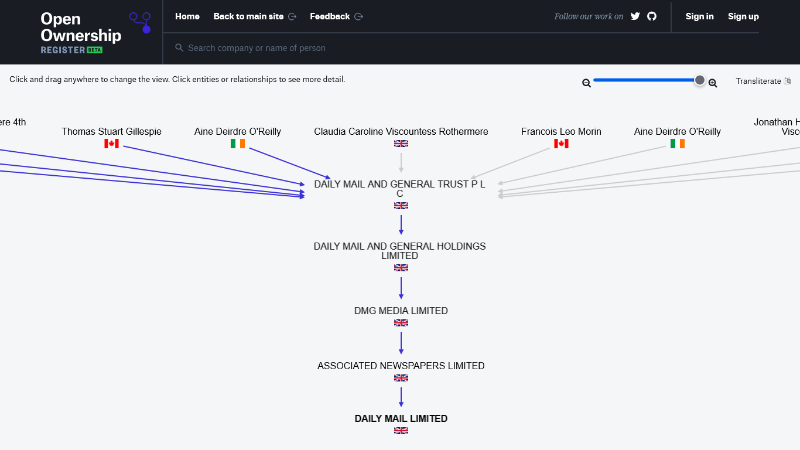 The report from Finance Uncovered on IOS and its shell companies is an example of the journalistic work around this data and its relevance.

The beneficial owners of the IOS company use shell companies to launder money and are linked to other crimes, such as forgery, to support their activities. Crimes such as these occur on an international scale and affect several States.

By reporting these irregularities, the work of journalists and whistleblowers provides evidence and pushes States to take action.

Freedom of expression under siege

Media face cases of censorship by authorities in many countries around the world, which puts freedom of expression at risk. Violations of this human right directly affect democratic states because they torpedo transparency and accountability.

To give a few examples, the Guatemalan police arrested José Rubén Zamora Marroquín, director of El Periódico, who has been critical of the government of Alejandro Giammattei. In Malta, the independent media The Shift News is conducting a legal battle against government entities over requests for access to information.

Censorship can also be an indicator of authoritarianism and corruption in governments. So it is the case of Somalia, which is among the three most corrupt countries according to Transparency International’s Corruption Perceptions Index. In recent months, police in Southwest Somalia have illegally detained several reporters. Meanwhile, authorities in Belarus have escalated media censorship since the last presidential election two years ago.

In these four cases, joint statements by organizations and other media denounce the violations and take a stand in defense of press freedom.

To keep on the radar