The Non-Governmental Organization, Colombia Diversa, has counted the LGBTI people who have been murdered in Colombia and Latin America from 2005 to 2018. The data can be explored here.

From January 2014 to December 2018, there were 1,025 murders against LGBTI community in Latin América and the Caribbean, according to this report, 461 victims were murdered in Colombia, 335 in México and 143 in Honduras.

Of the total of murdered, the 50,73% were gay men, the 39,22% were transgender women, and the rest were gay women, trans men and people without information. In the most cases (47,32%) there wasn’t information about the sexual orientation of the victim and the 45,27% corresponded to gay people -the rest of the percentage were lesbians and bisexuals-. 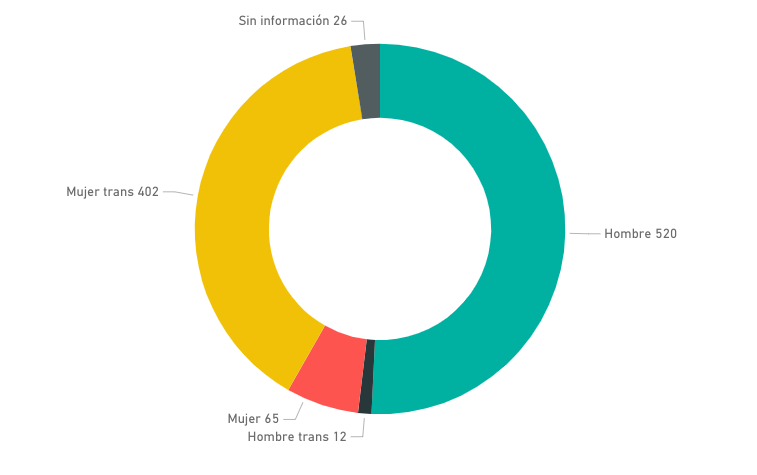 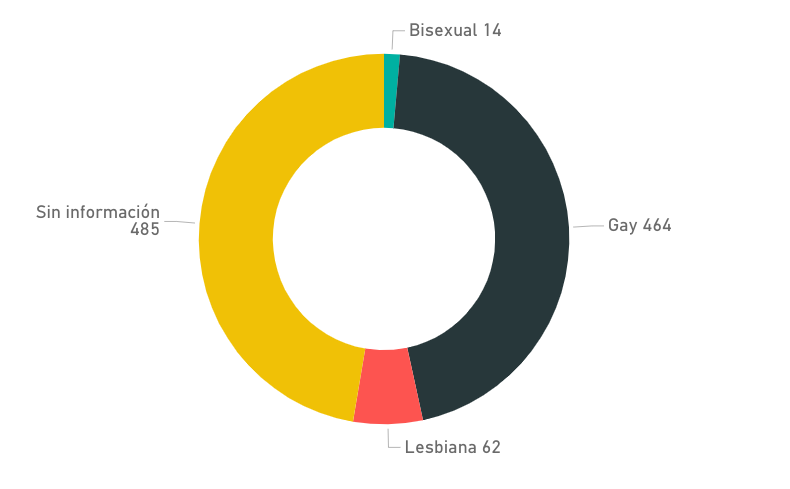 This information is extracted from the collaboration by various civil organizations dedicated to ensuring the human rights of the LGBTI community in Latin America and the Caribbean, who came together, to collect data about murders of LGBTI people in the region.