The design of the "Oil Rivers" t-shirt represents the 3.7 million barrels of oil that have been spilled in Colombia for more than 38 years that makes an equivalence with the amount of water that runs through the Magdalena River in a whole year.

An oil spill in which more than 1 barrel is spilled, impacts environmentally. A single barrel can contaminate 79.5 million liters of water. If we take the 3.7 million barrels that have been spilled in the last 38 years, the contaminated water is roughly equivalent to the water that passes through the Magdalena River for a year.

Oil production in Colombia began in 1921, 67 years later, in 1988, more than 73 wells had been drilled and oil spills have been present in Colombia since then.

“Not all registered spills reach bodies of water, some only affect soils” says Ecopetrol in response to a request of information we made on Datasketch. (Click here to read the full answer)

The causes of oil spills can, according to Ecopetrol, be the following:

Since 1980, 3,7 million of barrels of oil spilled in Colombia have been registered by acts of third party and this is one of the few data that is being talked about.

“In 2017, environmental authorities and entities of the National Disaster Risk Management System were notified of 129 events with loss of product containment, associated with the transportation infrastructure of the CENIT (Company of transport of hydrocarbons, pipelines, polioducts and gas pipelines). Of these incidents: 119 were due to third party events, 8 of them due to operational causes and 2 due to fortuitous events.” (Sustainability Report, Ecopetrol, 2017)

In 63 of this spills, 29,723 barrels of oil were spilled, affected natural or artificial water bodies. That’s why, from Datasketch we say: we do not want rivers of oil! we want our water bodies and clean floors. 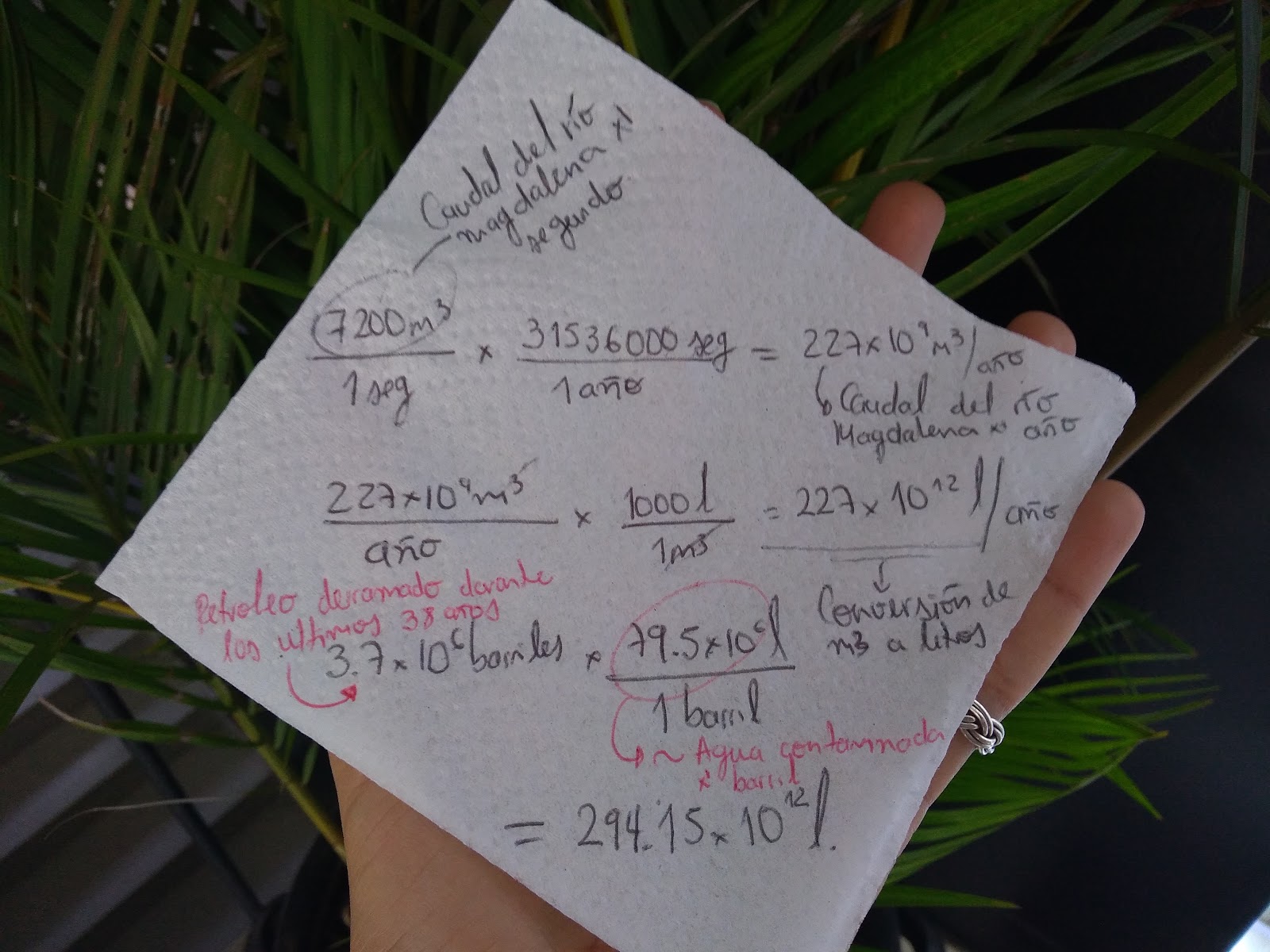